Skip to Main Content
It looks like you're using Internet Explorer 11 or older. This website works best with modern browsers such as the latest versions of Chrome, Firefox, Safari, and Edge. If you continue with this browser, you may see unexpected results.

See TxWes Black History Month schedule of events below, from the Diversity and Inclusion Council. 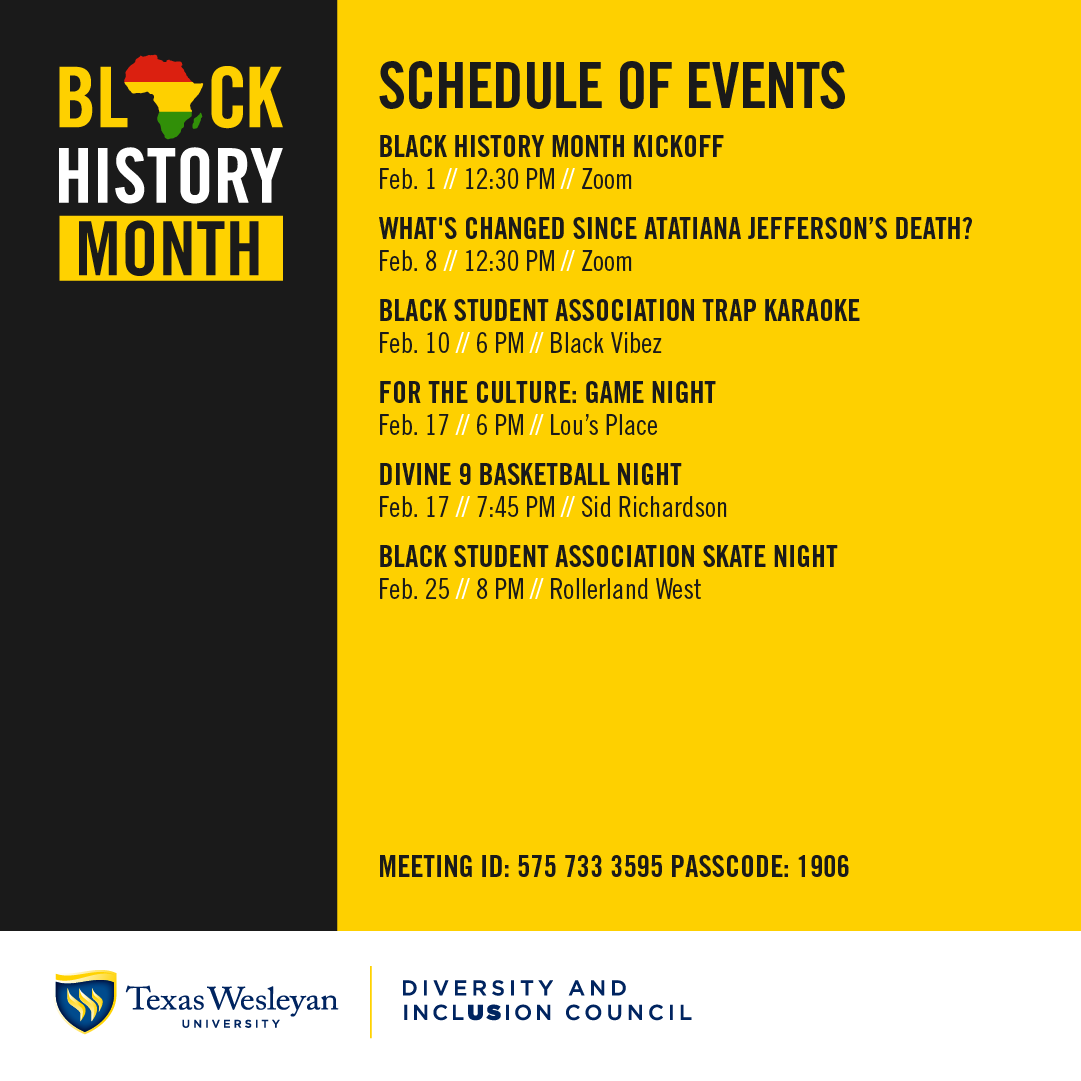 As a Harvard-trained historian, Carter G. Woodson, like W. E. B. Du Bois before him, believed that truth could not be denied and that reason would prevail over prejudice. His hopes to raise awareness of African American's contributions to civilization was realized when he and the organization he founded, the Association for the Study of Negro Life and History (ASNLH), conceived and announced Negro History Week in 1925. The event was first celebrated during a week in February 1926 that encompassed the birthdays of both Abraham Lincoln and Frederick Douglass. The response was overwhelming: Black history clubs sprang up; teachers demanded materials to instruct their pupils; and progressive whites, not simply white scholars and philanthropists, stepped forward to endorse the effort.

The celebration was expanded to a month in 1976, the nation's bicentennial. President Gerald R. Ford urged Americans to “seize the opportunity to honor the too-often neglected accomplishments of black Americans in every area of endeavor throughout our history.” That year, fifty years after the first celebration, the association held the first Black History Month. By this time, the entire nation had come to recognize the importance of Black history in the drama of the American story. Since then each American president has issued Black History Month proclamations. And the association—now the Association for the Study of African American Life and History (ASALH)—continues to promote the study of Black history all year.

(Excerpt from an essay by Daryl Michael Scott, Howard University, for the Association for the Study of African American Life and History) found on Black History Month.